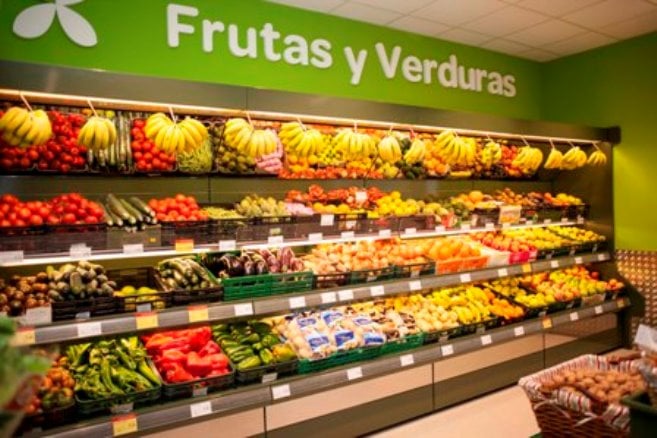 If you don’t know, there are two words for the English word vegetables in Spanish, vegetales and verduras.

As you might imagine, I get the question “what’s the difference?” a lot.   In fact, if you’re reading this, you probably have the same question.   I certainly did, so I started asking my Spanish speaking friends.

How my friends explained it

When I asked my Spanish speaking friends I actually got three different answers.

1. Many of them told me the words are synonyms and there’s no difference.

2. One friend told me one was a root vegetable (although he couldn’t quite remember
which was which)

3. The last answer I got is that vegetales are vegetables when they’re in the ground
and they’re called verduras when they’re on your plate.

Needless to say, I was a bit confused.   But guess what?   It turns they were all correct to some extent.

So what is the difference between verduras and vegetales?

First of all, let me start off by saying that as far as the general Spanish speaking public is concerned, they’re synonyms.   You can use them interchangeably to your hearts content.

You can use either word in each of those sentences and it doesn’t change the meaning at all.   Now let’s move on and get a bit more technical.   It’s time to split a few hairs.

The official definition of the word vegetales in Spanish refers to things you can’t eat, plants, weeds, and trees.

Verduras refers to the vegetables you can eat.   You may also hear them referred to as hortalizas, also considered a synonym of verduras.   Buuuut….technically speaking that’s still not quite accurate either.

Now let’s look at the differences between verduras and hortalizas and finally nail down what’s what when it comes to veggies in Spanish.

Verduras are considered “hoja verde” or green leaf.   In fact, if you look closely you’ll see the “verd” in verduras, which most likely stems from the word verde in Spanish, green.   Well, that’s the story I’m sticking with anyway.

So a few of the vegetables that fall into this category are el repollo, la coliflor, las espinacas (cabbage, cauliflower and spinach). 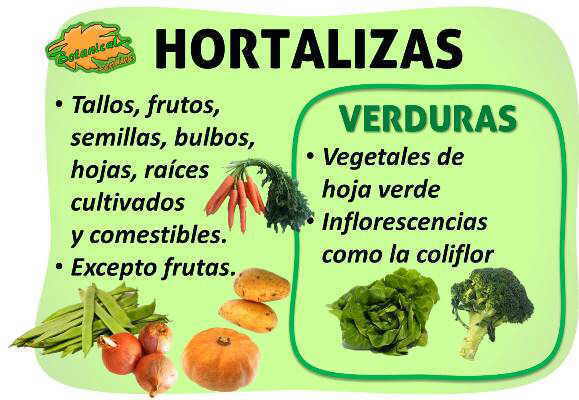 Hortalizas are basically anything that’s not a vedura, like la zanahoria, los pimientos and el pepino (carrots, bell peppers and cucumbers).

They do not however, include cereals or fruits.

Speaking of vegetables, there’s one last thing I need to tell you about.   You may have heard the word jardín before, which is very often translated as “garden”.  But a jardín is not a garden in the sense of a place to grow vegetables.  The word for that is huerto.

And that’s it!  Feel free to take a deeper dive into the world of vegetables in Spanish, but we’ve answered the question at hand and now you’ll even be able to give some of your Spanish speaking friends a lesson in their own language.