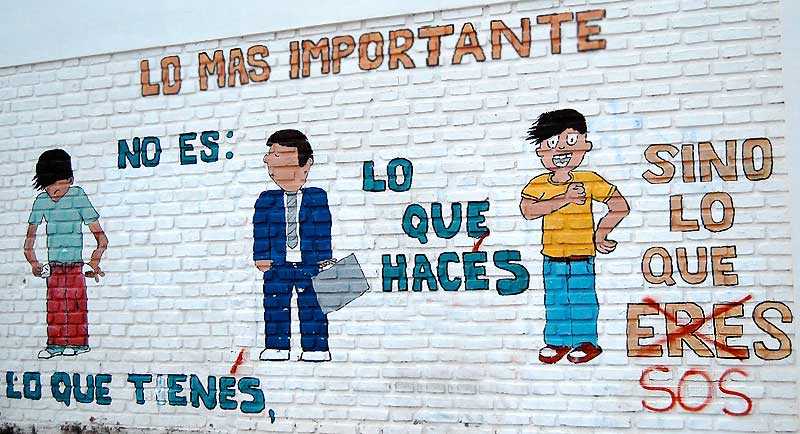 I was several years into my Spanish studies when I started hearing and seeing things like:

Vos?  Sos? Hacés?  Say what?  I couldn’t help but think, is that even Spanish?  How could I have gone all these years and never have heard these terms before? 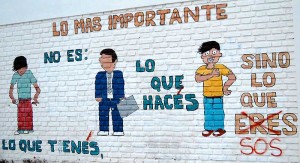 So what is vos, sos and hacés?  Let’s take a look at them, starting with vos.

Vos is actually the equivalent of tú, in that it’s an informal way of addressing someone.

Sos is the equivalent of eres.

Let’s look at the next example.

¿Vos qué hacés? (What are you doing?)

I’ll bet you’re thinking, shouldn’t that be haces, with no accent?  Well, it would be if we weren’t using vos.  And now it’s time to look under the hood at this thing called vos.

Not to be confused with vosotros, when you use vos you’re actually using what’s called voseo.  Voseo is simply another conjugation method equivalent to the informal tú form.   Voseo is used instead of tú in numerous Spanish speaking countries, like Argentina for example.

By the way, I’ll let you in on another little secret.  When you speak using the tú conjugation, i.e. tú eres, tú tienes, that also has a name – tuteo.   But let’s get back voseo, or vos.

¿Vos qué hacés? (What are you doing?)

Let’s take a closer look.  This sentence should look familiar, with the exception of two things: vos instead of tú and hacés instead of haces.  What’s up with that?  It’s because voseo a follows a different conjugation pattern. 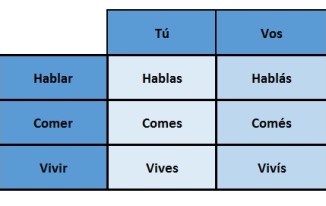 Not to hard is it? Let’s look at the conjugations rules.

The nice thing about vos is that there are no stem changes in the present tense, so conjugating verbs like tener is super easy.  Instead of tienes it’s tenés.

There are only three irregular verbs in the present tense – ser, haber and ir.

Rather then reinvent the wheel (and make this post super long) I’m going to send you to a great page that tells you everything you need to know about conjugating vos and how voseo compares to tú and vosotros.  Once you’re done reading this post check out the page below:

Spanish from Argentina: That Voseo Thing

There are a number of countries that use vos besides Argentina, including Chile, Costa Rica, Guatemala, Honduras, Colombia, Uruguay and a whole lot more.  Wikipedia has a very informative page on who uses vos and to what extent.

Here’s a short video, Como hablar argentino, which is about the use of vos in Argentina.  Although, what you learn about vos is true in nearly all of the countries that use vos, so it’s worth the 3 minutes.

It’s also great listening practice as since it’s in Spanish.  But if you have trouble understanding, don’t worry, he has some great slides that appear in the video that illustrate the key points.  If you don’t see the video, click here.

And if you really want to dig into this vos thing, there is a three part series  in YouTube that goes into great detail about the origins of vos, where it’s used and how to conjugate it.

That’s it, now you’re ready to vosear (speak using vos)  with the best of them.