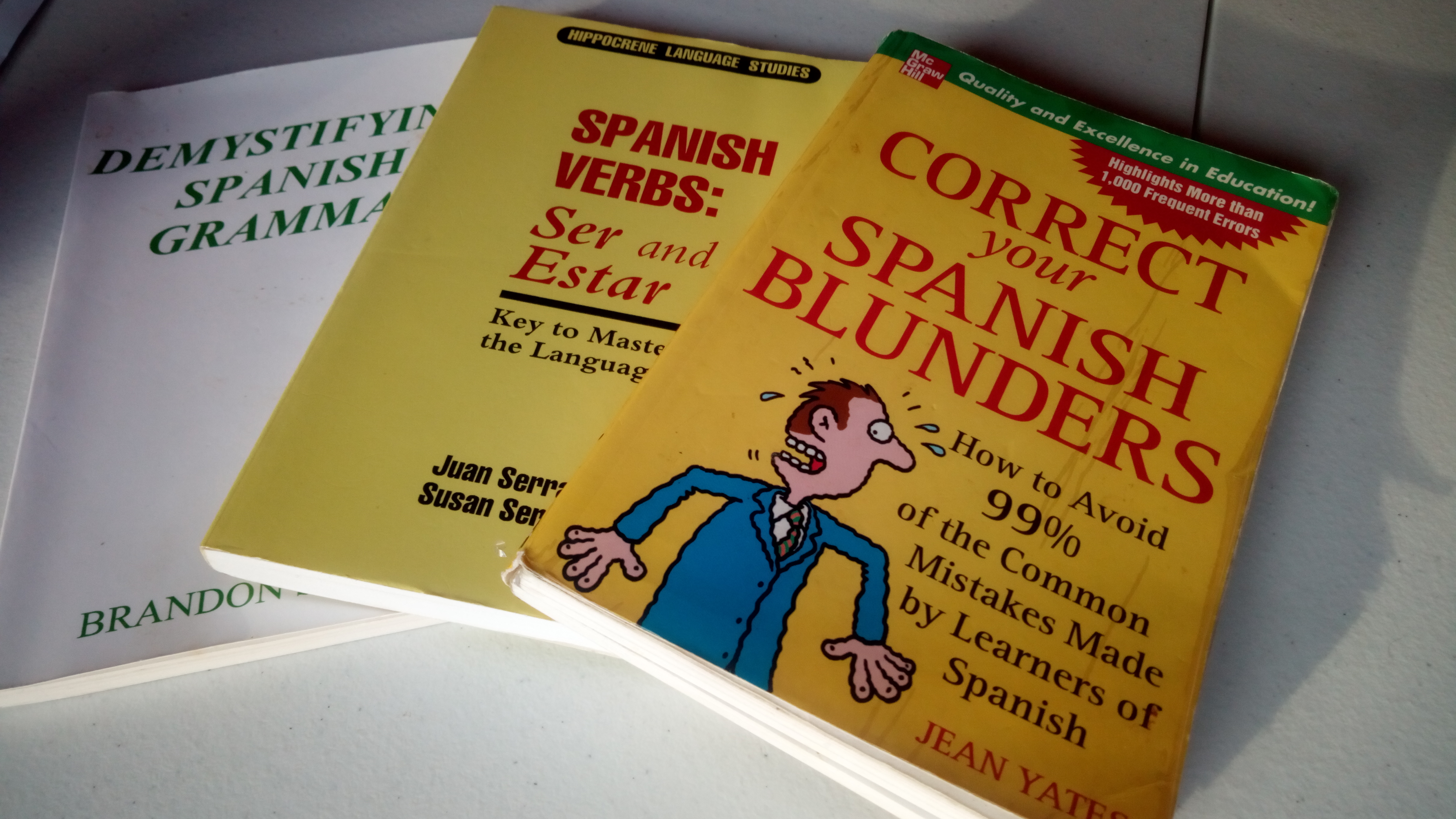 You can find a dozen Spanish grammar books on the shelves of your local bookstores and probably hundreds on Amazon.  How is a budding Spanish speaker to know which one to choose?

I’ve certainly bought my share of grammar books on my journey to becoming  fluent in Spanish.   But to be honest, most of those sat on my bookshelf collecting dust or I just flat out gave them away.    At the end of the day they were all about the same,  providing a rather dry explanation of Spanish grammar rules .   Sometimes they helped and sometimes they left me even more confused.

In this post I’m going to recommend three Spanish grammar books that stand out from the rest and will  help you resolve many, if not of all of your doubts about the most confusing grammar topics.  They certainly did for me.

Here are the titles:

1. Demystifying Spanish Grammar
2. Spanish Verbs: Ser and Estar (Hippocrene Language Studies)
3. Correct Your Spanish Blunders: How to Avoid 99% of the Common Mistakes Made by Learners of Spanish

Enough chit-chat, let’s take a look at these books. 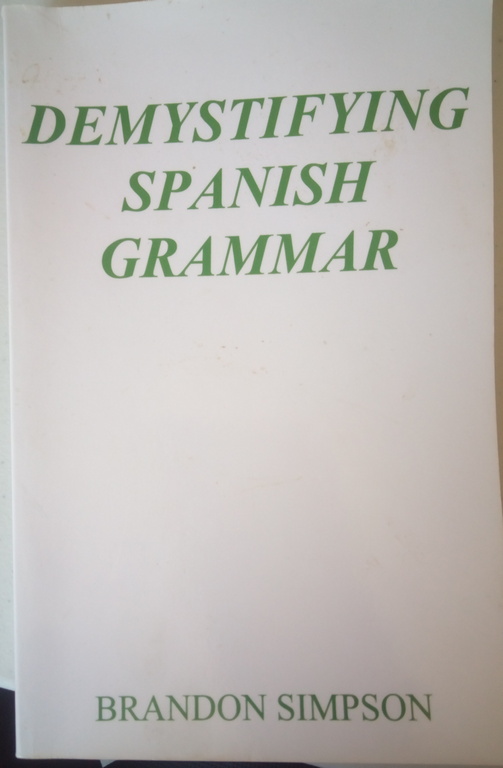 Clearly this is not the most attractive book cover out there, but hands down this may be the best grammar book I’ve ever read.

Actually, it may be the only grammar book I’ve ever read from cover to cover.   At 108 pages it’s not an exhaustive treatment of Spanish grammar, but instead focuses on “demystifying” what are generally considered the  most difficult aspects of the Spanish language for learners:

The author does a fantastic job of pointing out the flaws in the conventional explanations, why they are inadequate and then explains things in a simple and easy to understand manner.   He also leverages acronyms to aid memory, uses relevant examples and written exercises to help you make sense of the material.

He also does something I’ve yet to see in any other grammar book.   He goes beyond examining strict grammatical meanings and takes into account the opinions of native Spanish speakers.

A good example of this can be found in Chapter 5, Demystifying the Imperfect and Preterite, where he discusses the meaning of the verb querer in the imperfect and preterite between a native Spanish speaker from Spain and one from Mexico and then comparing their viewpoints to the typical textbook explanation. 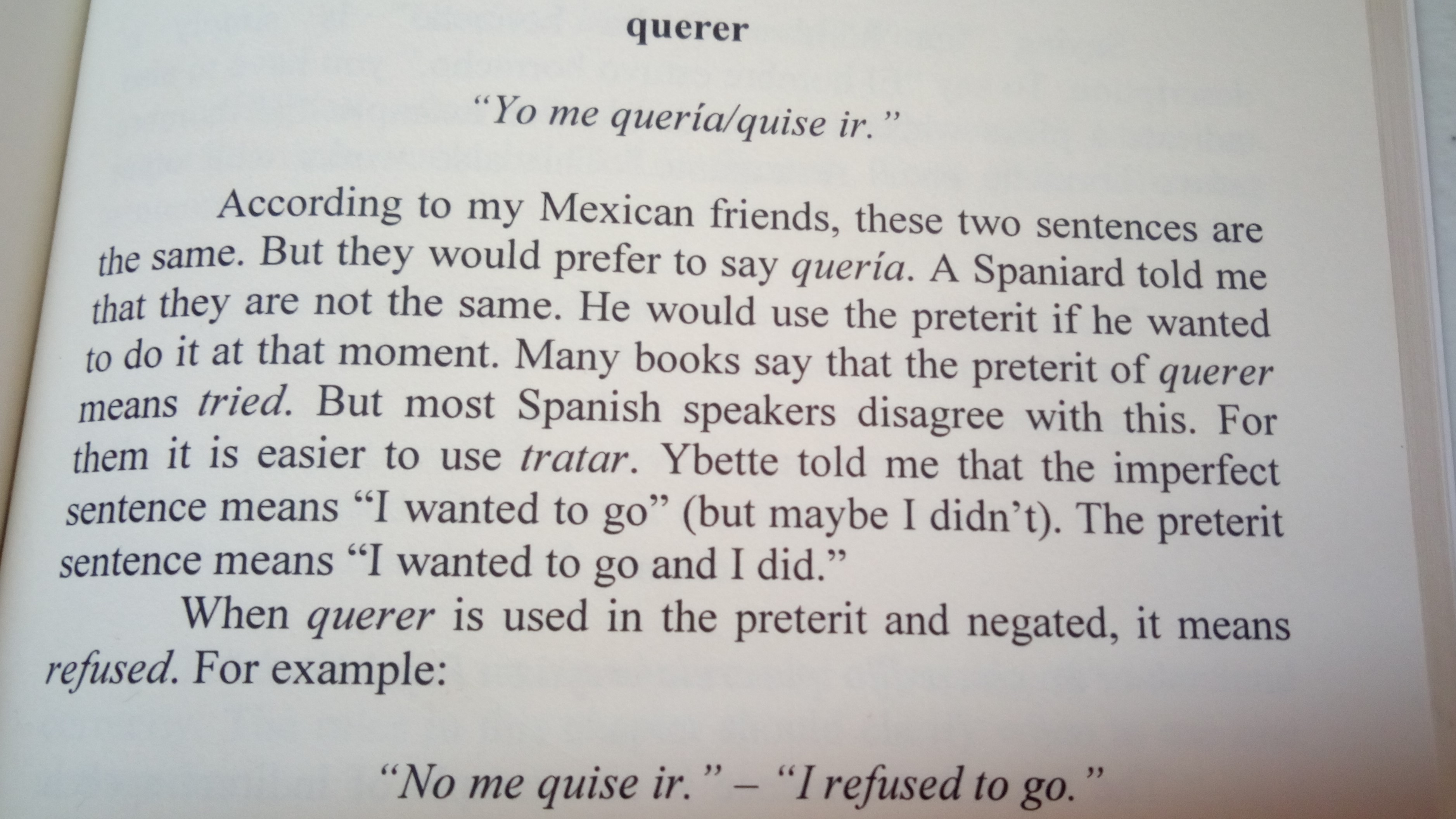 I found this type of insight invaluable, because this happens a lot.  All Spanish speakers do not make the same choices when it comes to verb tenses and as a result you end up with regional variations in how Spanish is spoken.

Demystifying Spanish Grammar is a book I consider a must have.   Anyone serious about becoming fluent in Spanish needs to have this book in their collection regardless of their level.   You can pick up a copy at Amazon,  including a Kindle version. 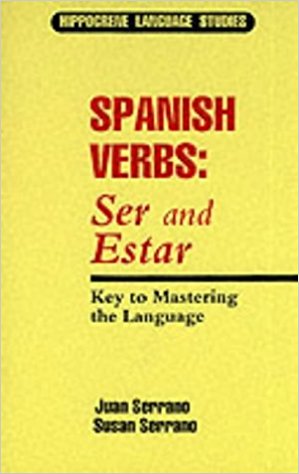 Knowing when to use ser or estar and understanding the difference between the two verbs can be very tricky to say the least.   And asking native speakers for help often leads to a dead end because although they inherently know and understand these verbs, they can’t explain it to you.

Well, your worries are over because this book has just over 200 pages dedicated to the in-depth analysis and usage of these two verbs.   The book starts off by teaching you the underlying principles behind the verbs to give you a solid understanding of their differences.

Rather than just giving you a list of situational uses of ser and estar like most books do, the author aims to help you understand the fundamental principles behind the verbs via  numerous examples,  as well comparing and contrasting them.

Take a look at the following:

Those are excellent of examples of tricky cases where you need a deep understanding of ser and estar to recognize the difference in meaning.   The author looks at each case providing clear and detailed explanations and has many other examples throughout the book.

From there the book goes on to cover all the subtleties and nuances of ser and estar by examining every aspect of these verbs in great detail:

It also discusses how using one or the other can change the meaning, delivering an unintended message.

Like the other books on this page, Spanish Verbs: Ser and Estar should be on your learning Spanish bookshelf.

3. Correct Your Spanish Blunders: How to Avoid 99% of the Common Mistakes Made by Learners of Spanish 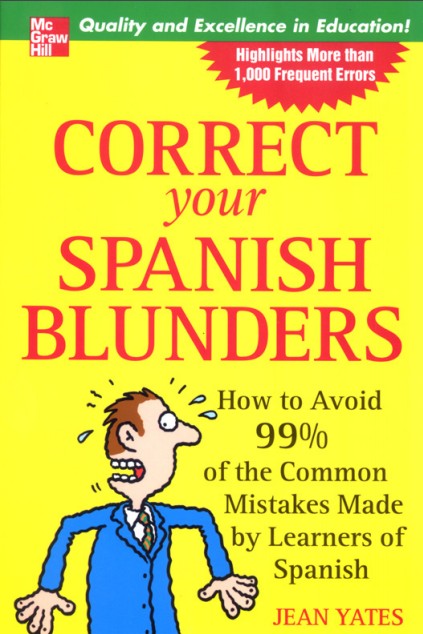 Also available on Amazon, this is another  great book because it highlights roughly 1,000 of the most common mistakes made by Spanish learners and how to correct them.

The book is divided into three broad categories, pronunciation and spelling, grammar and vocabulary. Each section then takes a deep dive into various topics.

The grammar section consumes the majority of the book, covering virtually every aspect of Spanish grammar.

Here are a couple of things I liked about the book:

The explanations are clear and concise.

It compares  the English and Spanish grammar constructions which I found quite helpful. 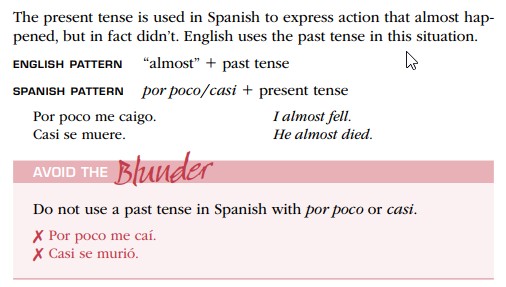 I think Correct Your Spanish Blunders is totally awesome and definitely should be a part of your learning Spanish library.   I discovered numerous mistakes that I didn’t even realize I was making.

Of course you can buy it on Amazon, but make sure you get the second edition which is the latest version at the time of this writing.

That’s it.  These books helped me gain a much deeper understanding of the language, improving my Spanish substantially and I’m sure they’ll help you do the same.