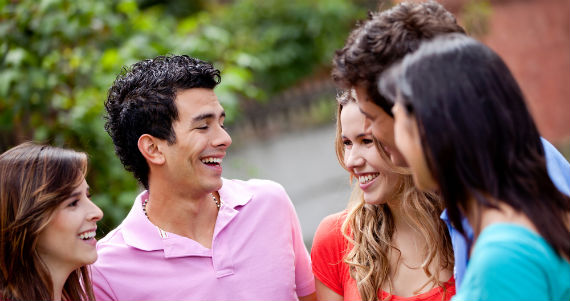 At about the 2 year point in my learning Spanish journey, I had two short trips to Mexico under my belt.   The first trip served to rekindle the desire I had to learn Spanish and the second trip taught me that the I was learning a lot, but what I was learning wasn’t nearly enough.

I was building a really strong foundation with Learning Spanish Like Crazy Level (Lessons 1 to 30 ).  I was able to get around town, order food and handle everyday touristy type tasks with relative ease.  However it quickly became apparent that social conversations (among other things) were another story.

By the way, you can get a free copy of the original version of Learning Spanish Like Crazy (Lessons 1 to 30 ) with a free trial membership to Audible.com.

Sorry for the distraction, let’s get back on track.

I eventually reached a point where I knew that if I wanted to be able to speak this language, I had to find someone to talk to.  Desperation was setting in.  I remember thinking aunque me muera (even if it kills me), I was going to learn this language.

As a result, with no one to speak to I needed to get creative and find or create opportunities to speak Spanish.  Here’s what I came up with:

(1) I ate at a lot of Mexican restaurants

I should have turned into a burrito by now,  but Mexican restaurants are great places to practice your Spanish.   If you visit the same restaurant multiple times and gain the confidence of the wait staff, you’ll have a small army of people more than happy to help you with your Spanish.

The best part is you can study all of the Spanish you need in before you go.  Do your homework and learn how to order your food before you even get to the restaurant.  Jot down some notes and off you go.  You’ll even be able to prepare yourself for the responses you can expect to hear back.

I have to admit, I learned quite a bit of Spanish in Mexican (or Cuban, etc) restaurants.  Looking back on my experiences, it’s amazing how much Spanish you can learn just by trying to order a burrito.

I used to look forward to lunch time because I got to chit-chat with a few Spanish speakers, even if it were only for 2-3 minutes a day.  I even looked forward to working a little late to talk with the janitorial staff.

Sometimes I had to be a bit persistent because they were shy or had some sort of reservation about speaking to me in Spanish, but with perseverance I eventually gained their confidence and conversation.

Admittedly, I didn’t have many Spanish speaking co-workers, but I worked up the courage to start speaking to them.  It actually worked out great.  I remember going to lunch with a Colombian co-worker and my knowledge of Spanish was sky-rocketing on a daily basis.  Not to mention he was taking me to a lot of great hidden spots to both eat and use my Spanish even more.

Go to the site and do a search for Spanish language groups in your area.  If you live in a respectable size city, there’s likely at least one group of Spanish lovers like you who meet on a regular basis to practice.

At the time I discovered the site there weren’t that many groups in my area, but I got lucky and found one that turned out to be great.  We met weekly and did nothing but talk for 1-2 hours every meeting.  At first it wasn’t easy, but I was learning a lot and getting the conversational practice I so desperately needed.

In the future I’ll give you all some tips on to get the most out of Spanish meetup groups.

After I had attend the group for a while, I eventually discovered something even better than the group conversations, and that something is the power of friendships.  I started making Spanish speaking friends, and that’s when my Spanish really took off.

I was getting invited to social gatherings and meeting even more Spanish speakers.  I’ve even went to a few parties where I was almost the only English speaker there.  Talk about trial by fire!

(5)  I found places where Spanish speakers hang out

I managed to find a nice restaurant/bar where Spanish speakers came to dance, play domino’s and just hang out.  I made some new friends and had some pretty good times.

If you live in a city with a decent size population of Spanish speakers, these places are out there.   Quite often the Dominican or Colombian restaurant you eat in during the day becomes a dance club at night on the weekends.   Just ask your waiter or waitress if they know of any places they can recommend you.

Sometimes you’ll find local Spanish newspapers being distributed at restaurants, and those can also be a good source of information.

And perhaps most of important of all, ask your Spanish speaking friends.

(6)  I looked for local consulates or a Latin America Association

It’s fairly common to find these places in medium to larger size cities.  They often sponsor or host independence day celebrations or other activities for local Hispanic community.    A quick Google search should reveal what’s in your area.

And there you have it.

I went from a guy who thought he had no one to talk to, to a guy who learned how to turn over stones and find opportunities where it looked like none existed.

I hope I gave you some useful ideas on how you can find someone to speak to, even when it seems like there’s no one around.

This list is geared at finding people you can communicate with face-to-face, but I’ll also be sure to write about websites you can go to online in the near future as well.

Do you have any other ideas on where to find Spanish speakers to talk to?  If so, leave a comment down below!