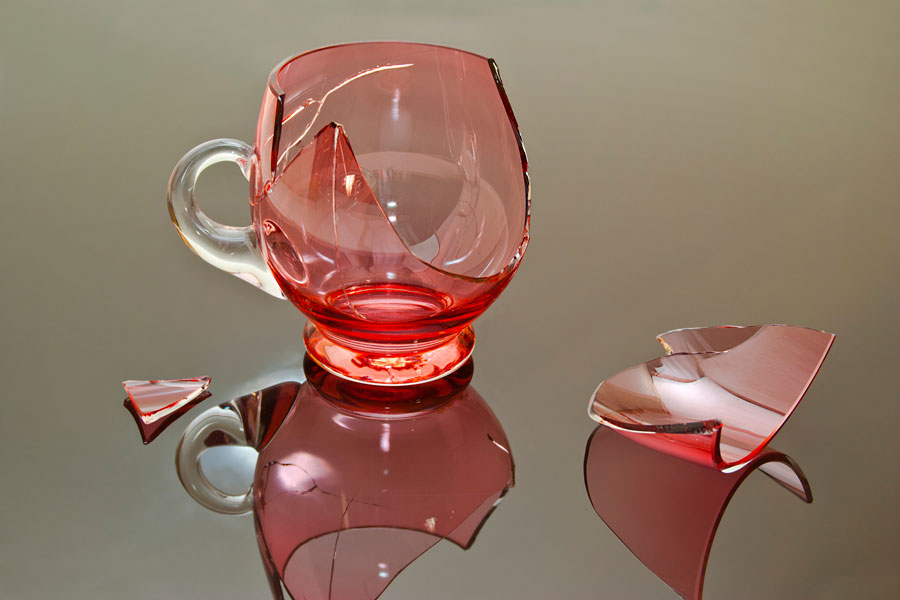 While I don’t consider myself a teacher by any stretch of the imagination, today I’m going to try and simplify a concept that can be a sticking point for many learners of Spanish, expressing accidental actions.

Let’s pretend you accidentally broke a glass and need to fess up to it in Spanish.  You may be tempted to think of translating “I broke the glass” as:

And you’d be correct, but it begs the question “Did you break it on purpose or by accident?”.

In fact, “I broke the glass” in English leaves you with the same doubt.  To resolve that doubt in English we simply add “by accident”.

I broke the glass by accident

So how do we resolve this question in Spanish?  We combine a reflexive verb with an indirect object.

If you’re like me, after reading that you immediately thought “What?  Can you say that in English?”.  I hear you. Grammar explanations can be confusing, so I’m going to explain it to you in plain English.

Let’s keep it simple and refer to this as “accidental actions”.   While some people might consider this a somewhat advanced level of grammar , it’s actually pretty easy to tell someone you did something by accident, just by using this simple pattern:

I’m sure you noticed this: “third-person singular preterite verb conjugation”.

Let’s go back to the broken glass example.  Notice that in the pattern you have a choice of  me, te, le, nos, and les. Since you’re saying “I broke the glass by accident” you want to use “me“.  I’ll explain the other choices shortly.  You’ll also need the usted past tense of the verb romper (to break), which is rompío.

Se me rompió el vaso
I broke the glass by accident

Se me perdió la llave
I lost the key by accident

Pretty straight-forward right?  What if we want to say “you broke the glass by accident” or you lost the key by accident”?

By the way, I’m not going to specify the “by accident” part anymore going forward, just remember that’s implied.

Let’s take another look at our pattern.

OK, it’s time to talk about those little me, te, le, nos and les words I mentioned earlier.  You use those indicate who performed the accidental action.

Me – I lost it:
Se me perdió la llave
I lost the key

Te – You lost it:
Se te perdió la llave
You lost the key

Nos – We lost it:
Se nos perdió la llave
We lost the key by accident

Les – They lost it:
Se les perdió la llave
They lost the key by accident

And there you have it.  Notice the conjugation of perder (perdió) never changed.   Pan comido, right?

That pattern works for anything you might do by accident.  You just need to memorize the pattern and learn how to conjugate verbs to the third person singular preterite tense (remember this mouthful from above?) which you’ve already learned or are in the process of learning anyway, so there’s no extra work involved for you.

Let’s look at another example:

Hold on, let’s back up.  Did you notice that?

The verb perder was conjugated in the preterite past tense, but in the ellos, ellas, ustedes form.  In grammar speak it would be the:

The past tense verb conjugation must match the number of “things” that were accidentally affected.  That means we need one more pattern that’s just a little different than the first one.

All this means is we have to conjugate to the ellos, ellas, ustedes form of the verb in the preterite tense.  Just take a look at the chart I pointed you to earlier.

Se me rompió el vaso
I broke the glass

Only one glass was broken in that example.  So what if I broke more than one glass?  Then it changes to:

Se me rompieron los vasos
I broke the glasses

Let’s look at one more example:

Make sense?  If you’re still confused don’t worry about it, it just takes a little practice.   To start using this “accidental actions” construction all you need to do is memorize the two simple patterns and learn a few verb conjugations.

Don’t obsess over understanding the grammar at first, the important thing is to start using the construction and pay special attention to it when you see or hear it.  Eventually the understanding of the grammar will “click” and everything will make sense.

Here’s another bit of advice.  Don’t feel like you have to learn everything at once.  Feel free to start with focusing on the things you do by accident first, then once you get a feel for that start focusing in on being able to talk about what others do on accident.

Here are a few websites you can look at for more examples of how to talk about accidental actions in Spanish:

Obviously a key part of talking about accidental actions in Spanish is verb conjugations.  Conjugating verbs may seem intimidating, but it’s really not that hard.  In fact, here’s a great website with some very helpful conjugation charts.  This is a great site when you want to quickly look up the conjugations of a verb.  There’s even a blank template so you can practice.

If you want to practice conjugating verbs then I have another recommendation, The Spaleon Verb Conjugation Trainer.  Although I don’t use it anymore, it’s still a kick-ass site.  You can select the verbs and the tense you want to practice, and they even have preselected sets of verbs (Basic, Regular, Irregular, Traveling and Learning) to make your practice easier.

With the options I mentioned above for verb conjugations you have more than enough to become a super whiz at conjugating Spanish verbs.  But if you want more help with mastering how to talk about accidental actions in Spanish, read on.

A more interactive tool to help you nail down how to talk about accidental actions in Spanish is Learning Spanish Like Crazy Level 3.  It does a good job of covering this topic.  The course comes with over 30 lessons with each lesson being at least 25 minutes.  It devotes 2 and a half lessons (almost an hour) towards helping you learn how to use se to talk about accidental actions.  That’s how I learned, so I know it works.

That’s it for today.  I hope I was able to help you get a handle on talking about accidental actions in Spanish.