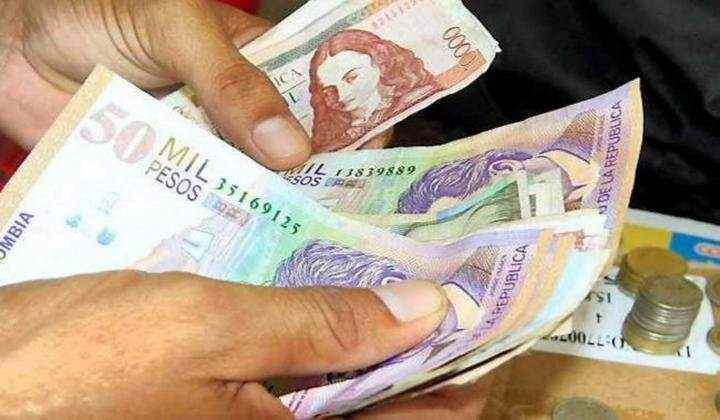 Sooner or later you’re going to have to ask the price of things in Spanish, and I’m going to guess many of you were only taught the classical (and very reliable):  ¿Cuánto cuesta?

There’s nothing wrong with that and it may very well be all you need for most situations, but it’s not the only way to ask the price of something, and it most certainly isn’t the only thing you’ll hear Spanish speakers use.

We’re going to examine the various ways native speakers use to ask how much something costs  (and you’re very likely to hear them all at some point) that will make your Spanish sound more natural.

It doesn’t get any easier than this.

Personally I use this mainly when I didn’t hear what was said.   Here’s a short conversation to illustrate what I mean:

Essentially any context you would say “how much” in English will work the same way in Spanish.

¿Cuánto es?
How much is it?

¿Cuánto es en dólares?
How much is it in dollars?

¿Cuántos son?
How much are they?

There really isn’t much explanation needed here, they work exactly the same in Spanish as they do in English.  And if you’re wondering, the verb here is ser.

What you may not realize is that the word cuesta comes from the verb costar, to cost.   This is usually taught as a fixed phrase without ever mentioning the actual verb.  And if you’re wondering how you get cuesta from costar, it’s because costar has an irregular conjugation pattern in the present tense.

You can take a look at how to conjugate the verb costar by clicking here.

Let’s look at some examples of how to use the verb costar to ask how much things cost.

¿Cuánto cuesta?
How much is it?

¿Cuánto cuesta en dólares?
How much is it in dollars?

¿Cuánto cuesta el libro?
How much is the book?

¿Cuanto cuesta la entrada?
How much is the entrance fee?

¿Cuánto cuestan?
How much are they?

Did you catch that?  If you’re talking about more than one thing, you need to use the plural conjugation of costar.   Here’s another example.

No matter what verb you use when asking how much something costs in Spanish, make sure you use the plural conjugation when you’re asking the price of multiple things.

This may be heard more in Mexico and Latin America as opposed to Spain, but you will hear it sooner or later.   I use this a lot myself.  And don’t worry, even if the locals don’t use it themselves, you’ll be understood just fine.

Let’s take a closer look at this, in particular, the word vale.

If you’re thinking “Doesn’t vale mean ok?”, you’d be right, it does.   But in this context the word vale comes from the verb valer, meaning to cost or to be worth.

Here are a couple of examples of how you would you use this.

¿Cuánto vale?
How much does it cost?

¿Cuánto vale el libro?
How much is the book?

¿Cuánto vale el servicio de recogida del aeropuerto internacional?
How much is the pick service from the international airport?

And just like with the verb costar, if you’re talking about more than one thing, you need to use the plural conjugation of valer.

¿Cuánto valen?
How much are they?

¿Cuánto valen las bolsas?
How much are the purses?

This is a very informal way of asking “how much is it?”.

Unlike costar and valer, some Spanish speakers my not be familiar with this one, but they’ll easily figure it out from context.

This is widely used in Mexico, or at least the parts I’ve been to.  I’ve also used this is in Central and South America without issue.

¿Cuánto sale?
How much is it?

¿Cuánto salen los boletos de avion?
How much are the plane tickets?

¿Cuánto sale la entrada a la disco?
How much is the entrance to the night club?

¿Cuánto sale el pasaje a Miami?
How much is the fare to Miami?

Literally translated, this is “what price does it have?”.  Of course we wouldn’t say that in English so you should think of this as yet another alternative to asking “how much is it?” or “what’s the price?”.

¿Qué precio tiene el reloj?
How much is the watch?

¿Qué precio tienen los cobjias?
How much are the blankets?

¿Qué precio tienen las entradas?
How much are the tickets?

This one is more along the lines of  “How much do you charge?” and is especially useful when asking about the price of a service being provided.

¿Cuánto cobras?
How much do you charge?

¿Cuánto cobras por pintarme la casa?
How much will you charge to paint my house?

¿Me podrias decir cuánto cobras por limpiar ventanas?
Could you tell me how much you charge to clean windows?

¿A cuánto cobran el corte de cabello en ese salón?
How much do they charge for a haircut in that salon?

Asking about things that have fluctuating prices

Spanish speakers often use a different structure to talk about the prices of things that can change, like the cost of the catch of the day (la pesca del día), the cost of tomatoes per kilo or the exchange rate of a given currency.

You can still use some of the options we talked about previously, but let’s take a look at a few examples of how to ask for the price of things with fluctuating prices in Spanish.

The verb here is estar, because we’re asking about the price of something today.

¿A cuánto está el kilo de cerezas?
How much is a kilo of cherries?

¿A cuánto está el dólar en México?
What’s the value of the dollar in Mexico?

By the way, the answer to the above example would be:

Let’s look at one more example.

¿A cuánto están las naranjas?
How much are the oranges?

By the way, if everyone in the conversation knows what it is you’re asking about, then you can just say:

There’s another usage of “A cuánto?” you should know, which is perfect for when you’re negotiating the price of something, like when you’re buying souvenirs (recuerdos).

¿A cuánto me lo dejas?
How much will you give it to me for?

¿A cuánto es lo mas barato me lo dejas?
What’s the lowest you’ll give it to me for?

And that’s about it.  Now you’re ready to go out shop with the best of them while sounding like a native speaker to boot.

As a final note, in most cases these options are interchangeable.  Spanish speakers may have a regional or personal preference for which one they use, but beyond that it really doesn’t matter.