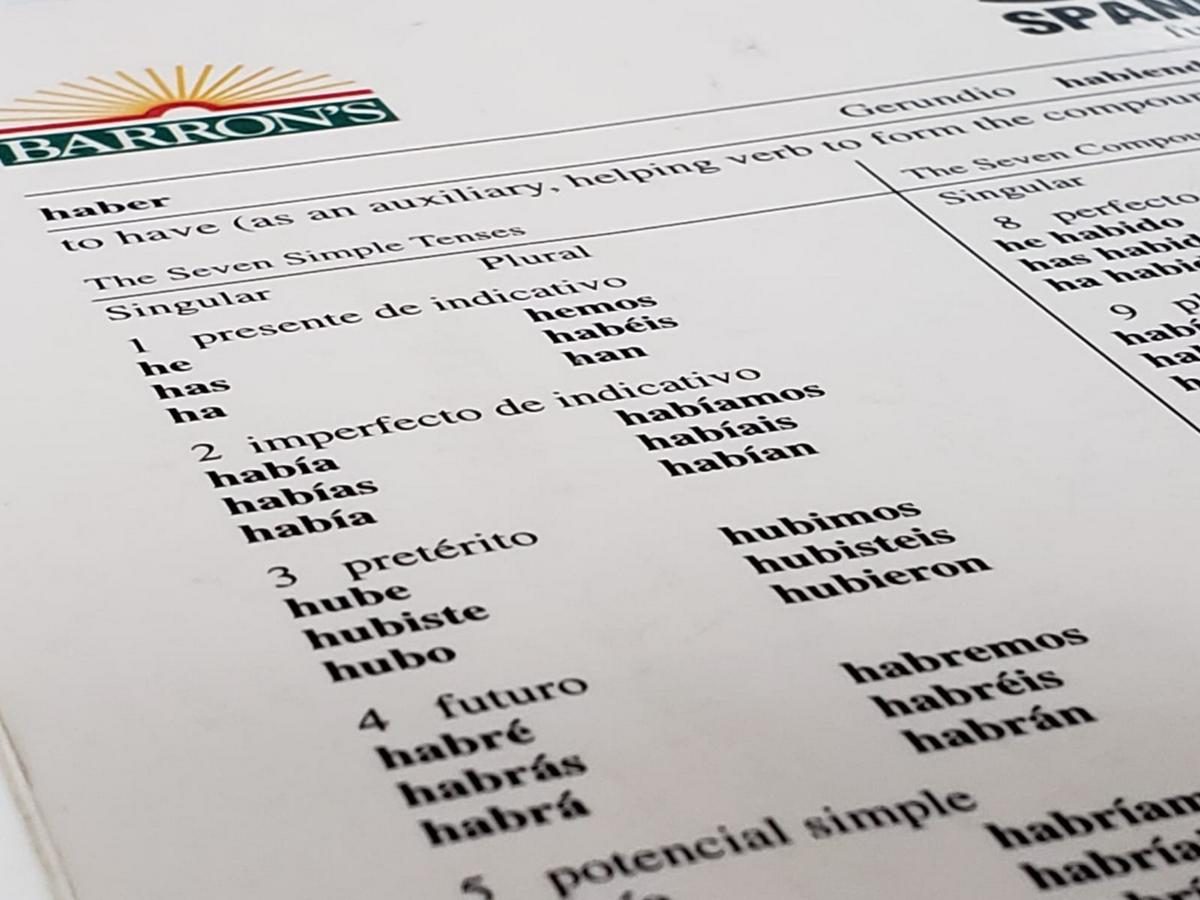 Conjugating verbs in Spanish involves learning hundreds of verbs and over a dozen conjugations for each one. Needless to say, the process can sometimes feel overwhelming.

Once you’ve learned the mechanics of verb conjugation, you’re left with the tremendous task of learning hundreds of verb conjugations, and many beginners start down a random path of trying to learn how to conjugate all those verbs with no direction.  I know I certainly did.

I’m going to give you some practical advice that will add some clarity and direction in your efforts to learn how to conjugate verbs in Spanish, making the process more efficient, focused and productive.

Learn to conjugate the most common verbs first

Don’t make the mistake I did, which was taking random lists of AR, IR and ER verbs and  mindlessly try to conjugate each of them.  It seemed like a good idea at the time, but it makes more sense to learn how to conjugate the most commonly used Spanish verbs first.

SpanishDict has put together a list of the most 100 common Spanish verbs and I recommend using this list to drive your verb conjugation studies.

Here’s the link:  The 100 most Common Spanish Verbs

This list will help you to focus your time and effort on learning to conjugate the verbs that are the backbone of conversational Spanish,  the ones you’re going to hear and use the most in conversation.  In other words, the verbs that will make you fluent faster.

Limit the number of verbs you study at one time

So now we’ve got our list of the 100 most common verbs in Spanish, but let’s face it, even that’s too many to effectively learn at one time.

You’ll learn more and learn faster if you work  with a few Spanish verbs at a time, starting with the following:

Why start with these verbs?

In my opinion these are the verbs that will allow you to communicate a lot of basic information and start building an understanding of some basic constructs of the language.  For example:

You’ll also find that it makes it easier to learn other language structures that are based on these verbs.

After those I recommend:

Once you’re comfortable with these just keep working with the other verbs from the list.  Of course you’re going to be exposed to additional verbs that won’t be on this list, and that’s ok if you choose to work with a few of those as well.

The key concepts to walk away with here are:

What order to learn the tenses in

I firmly believe there is a definite order to learn the verb tenses in, and that order is:

The present, progressive and the simple past

These three tenses will certainly allow to you to be understood and get you through most of your interactions with Spanish speakers.

And continuing with our concept of less is more, work with these tenses one at a time.

After you’ve gotten through those three, you’re ready to tackle the imperfect past and the conditional, then finally learn the subjunctive.

How do I know when I’m ready to study a new tense?

The first thing you need to know is that you don’t need to have a “complete mastery” of one tense before you start learning the next one.

At that point you know how to conjugate verbs in that tense, you just need a lot more practice to be able to remember them all and produce them on demand.

It takes a lot of time and practice to become proficient with a given verb tense, so don’t worry about trying to achieve perfection.  Getting good at conjugation is an incremental, long term process.

How to increase your retention

We’ve already talked about one thing you can do to improve your retention:

Work with a limited number of verbs at a time

Trying to learn too many things at once will take you twice as long and won’t produce the results you want.

Don’t try to just memorize the conjugations, learn them in context and relate them to something

Let’s take a look at an example of what I mean by using the verb ir, meaning to go.

To learn the conjugation for “I go”, don’t look at a flash card or a verb conjugation chart  and just try to memorize the word voy.

Instead, learn it by using it in a sentence, preferably one that relates to you.

Using this technique is much more effective for long term retention.

One of the best ways you can practice using this method is with the Practice Makes Perfect Workbook series, specifically the Spanish Verb Tenses book.  It’s inexpensive and well worth the investment.

The last piece of advice I have is the real key to improving your retention and enhancing your overall ability to conjugate verbs in real time during a conversation.

Have as many conversations as possible

Using the verb conjugations in a conversation is what makes them stick permanently.   In the beginning you’ll struggle, but it’s like developing muscle memory.  The more you do it the more it becomes second nature.

Learning to conjugate verbs is only half the story

I’ve given you some advice on how to best learn to conjugate verbs, but what’s equally important is understanding how those verbs are used in conversation.

The vast majority of Spanish verbs have at least two meanings, and many of them have even more.

Here’s a few of the verbs that are on our top 100 list .  The number shown represents the minimum number uses that each verb has.

And the list goes on.   As if learning how to conjugate a verb isn’t enough, you also have to learn the multiple uses of each Spanish verb.  This is yet another arduous task.

The podcast is free to listen to and a written transcript is also available if you’d like.

The podcasts make a great companion study tool as you work with the verb conjugations, especially in the present tense.  You’ll hear practical examples of how the verb is used in conversation which will also help improve your retention.

You’ll learn the most common uses of the verb right away, which will lead to an immediate boost in your comprehension and ability to express yourself in Spanish.

Having a good learning approach makes the task of learning to conjugate Spanish verbs a little less daunting.  It takes time to be able to effortlessly recall and conjugate verbs on the fly in the middle of a conversation.   It’s something you incrementally get good at over time, but with regular practice it will become second nature and nearly effortless.